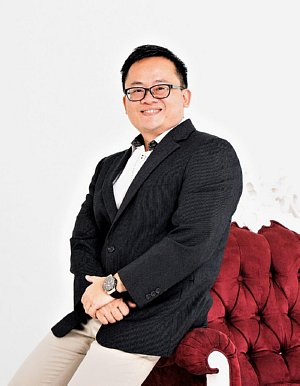 
Mr Sherman Lam Yuen Suen was appointed to the Board of the Company as Independent Non-Executive Director on 2 January 2019. He is also a member of Audit and Risk Management Committee of the Company.

Sherman started his career with Fulton Prebon (M) Sdn Bhd, a financial services subsidiary of Seacorp ( a PNB company) in 1994. Thereafter, he joined Utama Merchant Bank Berhad, (a subsidiary of Utama Banking Group/associate of HSBC Investment Bank Asia) in 1997, as its Chief Dealer and Treasury Manager. He then joined a corporate finance advisory outfit, Nikkei Pacific Corporate Advisors as an Associate Director until his resignation in late 2002 to start-up Cirrus Ventures, a private equity and strategy consulting firm operating in the APAC region. Sherman has previously served on the Board of Directors of Bintai Kinden Corporation Berhad from 2010 to 2013, as an Independent Non-Executive Director and Member of the Audit Committee and Nomination Committee.