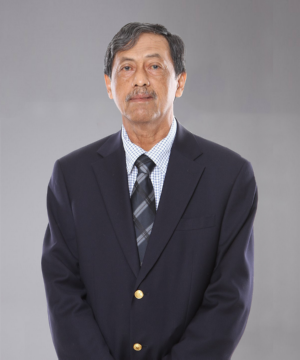 He started his career in Malaysia in 1978 with Peat Marwick & Co. as Senior Audit. In 1979, he joined Maybank Finance Berhad as Manager and was subsequently promoted to General Manager in 1982. He was then promoted to General Manager of Malayan Banking Berhad in 1988 and served in this position until 1992. In 1992, Dato’ Salleh served as the Managing Director of JB Securities Sdn Bhd, a stockbroking firm which he was a founder member. After selling his equity stake in the said stockbroking firm in 1995, he joined CRSC Holdings Berhad as an Executive Director. CRSC is principally engaged in property development and property management. Presently, he holds the position of Deputy Chairman of CRSC Group of Companies.

Currently, he is a member of the Board of Trustee and Treasurer for Tan Sri Muhyiddin Charity Golf Foundation. And he is also a Director of Eden Inc. Berhad and Inch Kenneth Kajang Rubber Public Limited Company, all companies listed on Bursa Malaysia Securities Berhad.